Harlow Marine is Open for business during these trying times with Covid 19.

The man who can drive himself further once the effort gets painful is the man who will win.

People die of fright and live of confidence.

In the middle of every difficulty comes opportunity.

The key is not to prioritize what is on the schedule, but to schedule your priorities.

Work is not man’s punishment. It is his reward and his strength and his pleasure.

The most important thing in life in not your money but your reputation.

Doing what you love is the cornerstone of having abundance in your life.

The entrepreneur builds an enterprise; the technician builds a job. 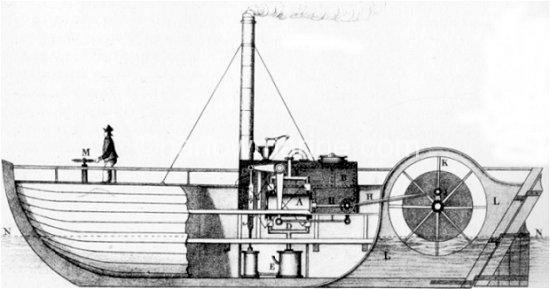 Posted at 11:08h in Uncategorized by gary 0 Comments
0 Likes
Share

Many countries have their  firsts for many things in this world.  For the marine industry in Britiain, it was a steamship that became touted as the world`s first “practical steamboat”.  She was named the Charlotte Dundas.

She first sailed this waters  in 1803. With an engine designed and  built by well known Scottish Engineer William Symington, and fitted into a steam tug designed by Captain John Schank, this vessel was named for the daughter of Symington supporter Lord Dundas. The  Charlotte Dundas demonstrated how practical steam power was for the marine industry.

Symington had previoulsy built three steamboats that were all made with vertical engines, but all had runs of limited success. With the confidence to succeed, he pushed forward with new horizontal engine design.

Symington build the Charlotte Dundas with what was called a total design, as the hull and propulsion were a single entity.  His patented desgin had the horizontal steam engine directly linked to the crank.

The hull was designed around the powerful engine with  a large, slow turning paddle wheel, built inside the hull in a design that would work with the shape of canals and rivers and reduce any damage to the banks of the waterways and also allow for adequate water flow.

The Charlotte Dundas made her  debut in January of 1803 to some success.

Although the ship pleased the crowds and the passengers on her maiden voyage, Symington saw the need for some minor improvemnts and modifications to the vessel.

The second sea trial, in March of 1803, was a display of power and practicality as she towed two barges along the Forth and Clyde Canal.

Despite the strong breeze blowing, she succeeded with a feat that would be impossible by other ships of the day, thus showing the unique way Symington had married the hull and propulsion system.

Unforetuneately, the plans to introduce boats to the canals was thwarted by fears of destroying the banks of the canals and rivers. With this defeat, the Charlotte Dundas spent the remaider of her days in one of the canal bays until she was destroyed.